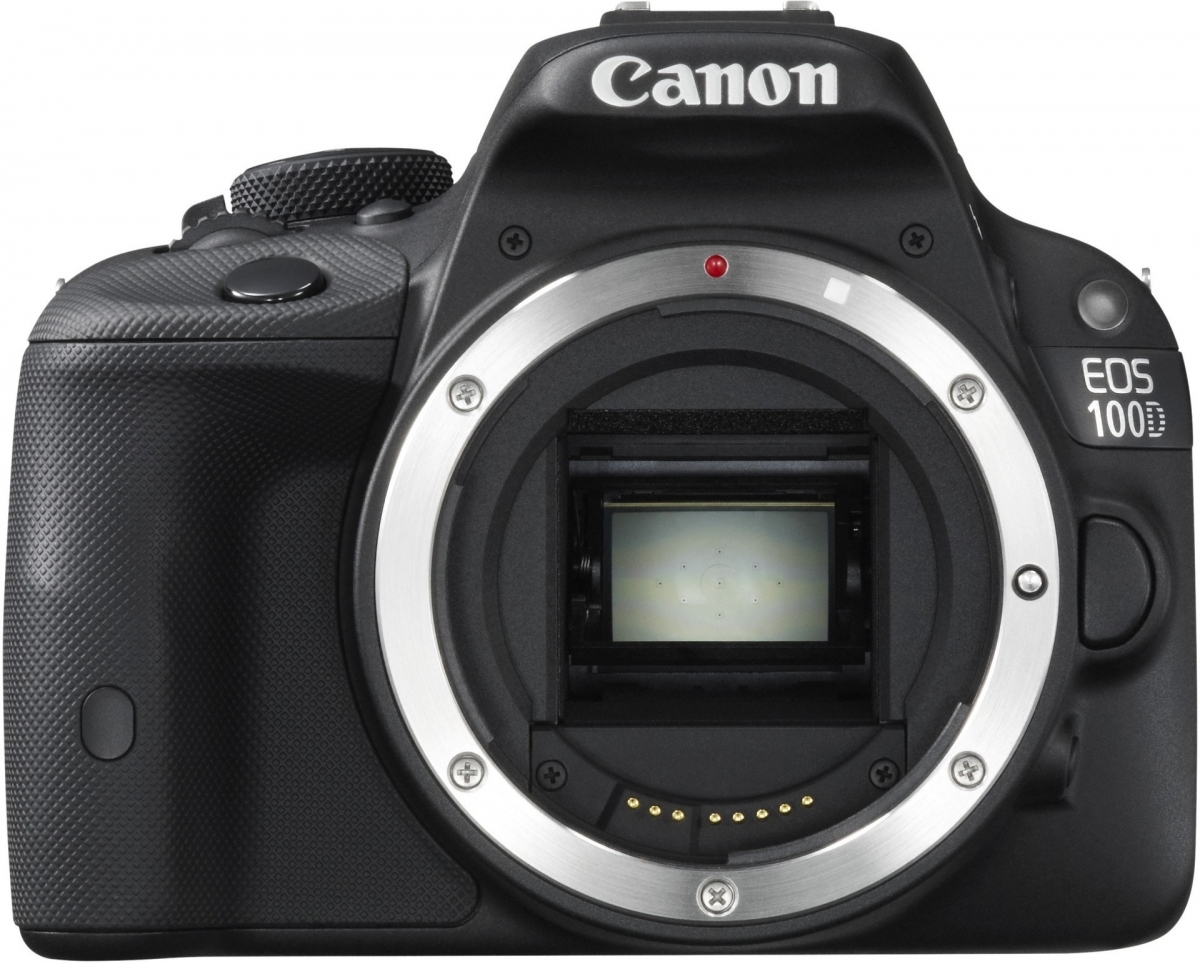 Smallest and lightest in its class

EOS 100D, through miniaturization and optimization processes, is the world's smallest and lightest dSLR among EOS digital SLR camera*. This highly portable dSLR camera measures in at a mere 116.8mm x 90.7mm x69.4mm and weighing in at only 370g,yet retains the full capabilities expected of an EOS camera.

This system uses phase detection AF to quickly zero in on subjects much more rapidly than the conventional AF method of contrast detection when shooting in Live View mode. Hybrid CMOS AF II phase detection area of approximately 80% of the focusing frame allows users to quickly track and maintain focus on subjects even if they are not in the center of the frame, for very rapid point-and-shoot performance.